Informatie over de ondertitel The Pornographer (2001) 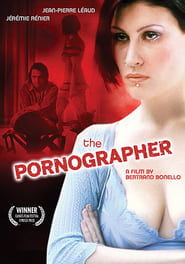 Jacques Laurent made pornographic films in the 1970s and 80's, but had put that aside for 20 years. His artistic ideas, born of the '60s counter-culture, had elevated the entire genre. Older and paunchier, he is now directing a porno again. Jacques's artistry clashes with his financially-troubled producer's ideas about shooting hard-core sex. Jacques has been estranged from his son Joseph for years, since the son first learned the nature of the family business. They are now speaking again. Joseph and his friends want to recapture the idealism of 1968 with a protest. Separated from his wife, Jacques strives for personal renewal with plans to build a new house by himself...